The description of Age Of Pirates : Caribbean Hunt

Are you ready to become one of the most famous pirates in the world of the Caribbean Sea?

Launch your pirate’s dreams of fearsome fleets and plundered treasure in Age Of Pirates-Caribbean Hunt.

In this real-time strategy game, you can build your pirate base and recruit notorious marauders for your battle against supernatural creatures and warring pirates.

The life you choose is up to you, join the Caribbean adventure now and get ready to rule the sea!

Game Features:
Real-Time Naval PVP Battle, Conquer the Ocean
Compete with over 3 million pirates from all round the world, discover what it takes to become one of the most famous pirates in history, and become the King of the Sea!
Recruit Pirates, Build the Strongest Team
Over 200+ legendary pirate captains are at your commander, you can build fleets and recruit fearless pirates to dominate the sea!
Maritime Plunder, Obtain Huge Fortunes
Battle other pirates thieves, plunder merchant ships, win ship battles in this fearsome world of warfare.
Tactical Battles, Command Hundreds of Ships
Command different ships such as the Black Pearl and the Flying Dutchman. Tactical naval warfare! Catch the tailwind, tear your enemy’s sails to shreds with chain shots, or bellow out cannon fire while maneuvering between isles in the open sea!
Global Adventure, Dig for Buried Treasures
There are hundreds of islands and dozens of ports, find the treasure map, lead your pirates to hunt mystical creatures and crusade for shiny earnings
Trade and Smuggle, Build Your Empire
Lots of trading routes, buy low and sell high to build your empire!

What are you waiting for?! Download now to start your adventure! 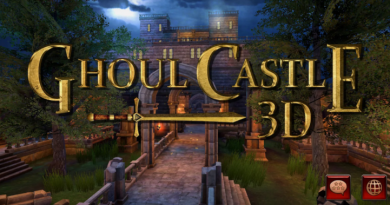