The description of Bark Park! Animal Battle Arena Free for All PvP

Pee on trees to capture territory in an epic, free-for-all multiplayer battle for Bark Park supremacy!

Bark Park is a hilariously original and fiercely competitive action strategy game. Players can test their tinkling skills against other canines over the internet or set up custom matches with friends.

Drink from the fountain, fill up your water meter and then pee on the trees to win points. Don’t forget to protect your trees and distract rivals with the awesome POWER UPS!

DRINK, BARK & PEE YOUR WAY TO VICTORY
Bark and pee your way to victory in this fast-paced, unique take on the moba/battle arena genre. Drink from the fountain, find a tree and pee on it to claim it and earn points. Defend your trees against other dogs by using epic power ups.

Small moba battle arenas make for hilarious moments and intense, free-for-all action against other players in the ultimate PvP showdown. Adapt your strategy on the go to keep other dogs from peeing on your trees. Who will be crowned king tinkler?

UPGRADE YOUR OWN DOG PARK
What’s the use of being the best in the park if you can’t show off? Spend your prize money earned from the arena on upgrading your own dog park with everything from slides and fountains to fairground rides and luxury kennels fit for a canine king.

CUSTOMIZE YOUR CHARACTER
There are hundreds of different combinations to choose from to create your dream dog! Mix and match faces, clothes and accessories to out-swag your canine competitors as you battle in the arena. Don’t just beat your opponents in PvP fights, do it in style! 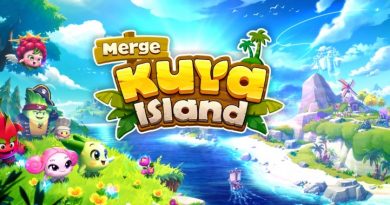