What is “Bravely Default Brilliant Tryes” (BDBL)?
“BDBL” is the latest product of Square Enix’s RPG “Bravely” series for smartphones, which has achieved a total of more than 3 million worldwide shipments and DL sales.

You can easily enjoy an RPG experience just like a consumer game, such as a profound world view and story by Keiichi Amiyo, the supreme BGM by Revo, and a crunchy strategic battle by adopting the “Brave & Default” system.

Single-player RPG that everyone can play
No character gacha! You can choose your favorite character and train it thoroughly!
Series characters are playable and participate in the war one after another!
A crunchy strategic battle with the adoption of Brave & Default System!

5000 years have passed since the death of the great alchemist who proposed to create the ancestral crystal of all things.

The light of crystal did not shine on the earth yet, a barren wilderness called “blood sand” spread, and the north-south Great Rift Valley pierced by the giant’s arrow separated the eastern and western cultures. Among the land that was devastated by many years of war and “blood sand,” there was only one land that was blessed with water and greenery. That is the place where the story begins, “Brass, the City of Alchemy.”

One night … A sphere of dazzling light illuminates the night sky at an ancient ruin near Brass.
The next morning, Claire, who is studying the ruins as an apprentice alchemist, received a request to investigate the damage …

Single-player RPG that everyone can play
As a single-player RPG for smartphones, you can easily play by yourself at any time and place. However, there are chats, guilds, PVPs, and raids so you can play with your friends.

-Strategic battle with “Brave & Default”!
The battle system has been adopted for the first time by optimizing the series’ feature “Brave & Default” for games for smartphones! An offensive “Brave” that can act up to 4 times in one turn, and a defensive “Default” that accumulates the number of actions for “Brave”. Determine the timing of activation of “Brave” and “Default”, and capture a crunchy strategic battle. 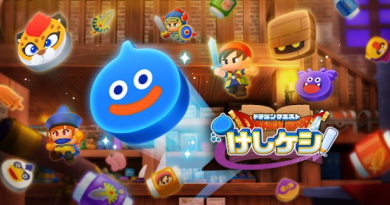