The description of Dungeon Heroes (by lili-000)

Dungeon Heroes The Monster MMORPG is a mmorpg game, where you act as a hero to battle with the creepy monster in the dungeon. Jump in the raid of epic games and embark on your adventure. Defeat the dragon and other creatures and make your own adventure games. Summon the gallant hero, use your magic and power and battle in the chaos of the dungeon. Dive into the dragon city, stop the monster from ruining our home!

FIGHT YOUR WAY WITH EPIC HEROES
As the guardian of this word, you will never be alone. A horde of epic heroes will stand by your side. Different hero has different power for the adventure. Basic attack is the main method to attack but the special attack will cause a large amount of damage. Collect your favorite hero, upgrade their ability to be the best guardian. Use their unique power and battle in the dungeon together. The combination of these skills will help you create your own battle combo and fight like the god of war in adventure games.

RANDOM DUNGEON
Every time you jump into the rpg games, the dungeon is randomly generated, which means that battlelands you step on differ from each other. You will face different monster and the item they drop is also random. This roguelike system will help create different battle situation and you have to react as quick as you possible to keep alive. You everything you can grab in the dragon city, become the gallant hero, keep going forward no matter the boss revolution.

CUSTOMIZE YOUR HERO
There are a variety of items that you can customize to show your personal style. With optimized animation, the hero will have a vivid appearance. Change the locker of your equipment and weapons in epic games. Add more colors to the deep dark dungeon. You will get massive rewards and loots through the quest and adventure in our mmorpg. Use these rewards or material to claim decent items and forge powerful weapon for your guardian. In dragon city, everything is possible.

FIGHT EPIC BOSS
The common monsters can’t get in your way? Want some more challenging adventure games? Don’t worry, we will meet the demand of our hero. In the dungeon, the epic boss lies in the deepest darkness. They represent the evil and have horrible power. So it won’t be easy for you to battle with the epic boss. Fully prepare before each raid begins. Run from the fatal attack. Use your strength to fight against the monster on battlelands and show the others that you are the god of war.
Download this mmorpg with fantastic animation and embark on the impressive adventure in Dungeon Heroes The Monster MMORPG. 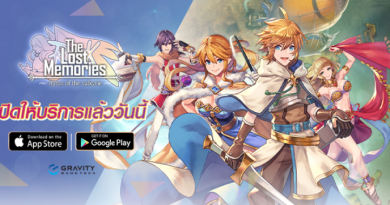