The description of フットサルボーイズ!!!!! (by BANDAI NAMCO Entertainment Inc.)

More than ten years have passed since futsal became a global boom.
With the emergence of many star players, futsal has become a very popular sport in Japan.
Futsal clubs from the five schools, Adalbert Gakuin, Momomi High School, Amanogawa Gakuena and Okayama Gakuena, are also struggling to pursue their dreams to the top of the country with Hengyo Gakuen, to whom protagonist Yamato Haru belongs. …
The appearance of players who grow up striving for victory, occasionally colliding with each other, is depicted for each team through the school history of each of the five schools.

WHAT IS Hi-Fi League?
In addition to club events, the Hi-Fi League for high school futsal is held, which brings together high school students from all over Japan.
Players become Hi-Fi League managers, crossing school boundaries,
Support and train players belonging to the league.
Lead them to victory and strive to the top of the High Five Stars League!

Team introduction
・ Hengyang Gakuen
“I have a dream (goal) that I want to fulfill together with this comrade! 』\
One day Haru Yamato saw a U-18 World Cup match and was fascinated by the exciting Tennoji Engraving game.
Yamato came to Japan from the United States with a passion for Tennoji.
The futsal challenge starts with the friends I met in Hengyang Gakuen!

・ Momomi High School
“Club activities and games are fun with friends ☆”
Momomi High School futsal club originated around Mori Nozomi.
“I heard that futsal is popular” and “I think it would be fun if I could do this with these men.”
A group of 4 third graders who gathered for such an unclear reason, and 5 first graders who seriously want to engage in club activities.
I have no common sense, the rookie team is a bit weird, but it looks like fun ♪ What’s going on with the club activities …?

・ Amanogawa Gakuen
“You don’t have to get used to winning. Only my strength is the proof of a strong man. 』\
A futsal club will be established at Amanogawa Gakuen, where students who want to prove themselves in the world of entertainment gather to promote the school.
Six people gathered by the headmaster of the school decided to play futsal, puzzled by an unexpected thing.
Why do they play futsal for the team or for themselves?
Every feeling begins to touch my heart.

・ Imperial Hanayama Gakuen
“What is the secret of those who sit on the throne?”
Ruled by Ao Asahina and Kokusei Tennoji, Hanayama Gakuen is the undefeated king who reigns supreme in high school futsal.
However, there is no pride or dust here, and he trains hard every day.
Specifically, Tennoji seeks to make Emperor Hanayama, the team of Asahina’s childhood friend, “king.”
At that time, Tennoji found a new piece of a great team.

Game review
Control players who run towards their dreams!
Meet unique players and create an original team!
Let’s train players to strive for the top of the Hi-Fi League!

History
A massive scenario in which 29 players from 5 schools can see the story of their dream come true!
・ School Story: A high-volume scenario in which each team shoots a camera to portray the futsal clubs of each of the five schools aiming for victory!
・ Cross Story: Drawn hot bonds and relationships between 29 players!
・ Player Story: You can enjoy the map-themed view of the world and get to know the players better!

Match
Let’s challenge the high-loyalty league “match” with trained players! As their manager, hit the megaphone to the jubilant song and Hurray!
Players will activate the decision making technique with your warm support!

Practice
Manage the growth of cute players and support them!
As you practice and play games and build a bond with the players, you can get to know the players in more depth, such as the “player story”
Cross Story, in which you can see a one-on-one hot relationship between 29 players born out of school.
You can see! 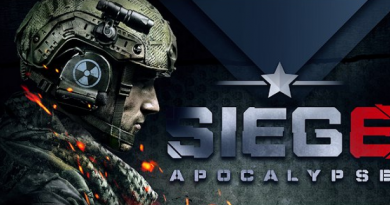