The description of Gate of Chaos

App Description
‘Gate of Chaos’ is a mobile game created with the Unreal Engine 4, bringing you a vast open world of all-round visuals on par with IMAX cinematic graphics. Experience the all-new 360° aerial combat, a wide choice of instances and intense cross-server guild wars. Join others in this innovative MMO game experience!

Game Features
Stunning Visuals, a World of Mystical Creatures!
Traverse the land of Vargundo and explore its magnificence! Powered by the Unreal Engine, the gorgeous in-game characters and environment guarantee full immersion in this fantasy world.

Unique Aerial Combat, become the Emperor of the Skies!
Experience the never-before-seen 360° battle in the skies. The authentic air-to-ground and air-to-air battle gameplay eliminates the limit of your imagination. The realistic physics results of the UE4 brings a spectacular cinematic gaming experience.

4 Main Classes, Endless Paths!
Embark on unique paths with different elemental skills. There are four classes to choose from, which are the Berserker, Mage, Shadowdancer, and Paladin; each with their own characteristics and unique powerful skills. The skillset is ever-changing, distinct growth paths constitute in-depth developments that allow each class to have its own legacy on the battlefield.

Glorious Wings and Mounts, Take the Fight to the Skies!
Build your own collection of stunning mounts and wings. Outshine other players with your own style of unique skins and cosmetics. From dragons to machines, ride on various mounts and soar the skies! Experience a 360° panoramic free flight, overlooking the mountains and vast oceans of this fantasy world.

Never Fight Alone, Unite as One or Fight to be The One!
Multi-dimensional social systems and real-time voice interactions, enable you and your fellow Agathos to team up without delay. Unite to defeat the powerful overlords, challenge other Agathos in the arena or participate in Guild Wars for honor and glory! 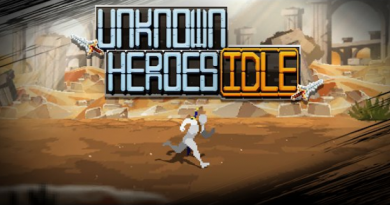