The description of Hero Summoner

Get ready to train an army of soldiers and prepare them for a battle against your enemies? In this unique AFK Arena Adventure Battle Game, you play with countless brave warriors who will help you fight the enemies in the RPG battle.

Hero Summoner is about collecting heroes, building the strongest team of warriors and battle heroes and then winning battles. This amazing Idle RPG Clicker Game is about bravery and strategy to beat the war enemies and build your reputation as a war hero.

GAME STORY
Odin crossed through the misty forest to see the prophet Mimir, paying the price of his right eye for the chance to glimpse into the future by drinking from “The Fountain of Wisdom”. Upon seeing it, he learned that the days of the gods’ domain over the earth and heavens would soon come to an end.

In order to find a way of overcoming this damning fate that lay before him, Odin built the hall of heroes——Valhalla. He recruited countless souls of brave warriors, providing them with food, drink and rigorous training. Fighting against those who posed a threat to him as he waited for Ragnarok to befall the world……

GAME FEATURES
Still wondering why Max Heroes is the best of all Idle RPG Clicker games or AFK Arena Games? Here are features that make it the most engaging battle games of all times:

– No time restrictions or deadlines. Play at your own speed.

– Idle Heroes: 200+ Heroes across six factions. Keep collecting your heroes to build the most brave army of soldiers.

– Guild Arena: Forge alliances with other players you meet and take on an array of dangerous and strong opponents together! Join multiplayer guild boss-battles and lead your guild to supremacy!

– Strategize: Put forth your best heroes to do battle in the Arena. Get more out of heroic unions and factional bonuses as they play to your advantage and allow you to turn the tide of battles at your fingertips. 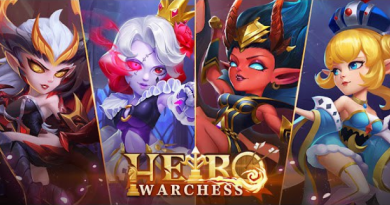