Fast-paced multiplayer battles with giant armed to the teeth robots! Fight in real-time battles with players all over the world! Operate a giant heavily armed robot and do whatever you want.

Crash entire cities, smash your rivals, step across rivers, set ambushes to catch you enemy by surprise and have a good time while gunning down your enemy. Play with friends or solo across a variety of game modes.

Isn’t it enough for you? OKEY! We’ve got:
– ROBOTS! Walking, flying, rolling, four-legged ones but all deadly! Unlock and upgrade’em all!
– WEAPONS! Every cool robot needs some firepower. Find the best combo that fits your playstyle and show’em that big guns matter
– SPECIAL ABILITIES! Jump, blast, charge, repair and bring death from above!
– INTERACTIVE LOCATIONS! Blow up buildings and walls, cross rivers, hide in thickets, arrange ambushes. Choose your own tactics!
– TEAM PLAY! Team up with friends and destroy everything and everyone like a god!
– MODES & MAPS! Become the king of all game modes. Master those maps and dominate a battlefield!
– THE FUTURE! Fresh content coming soon! Look out for new robots, weapons, maps, special events and game modes in the future. 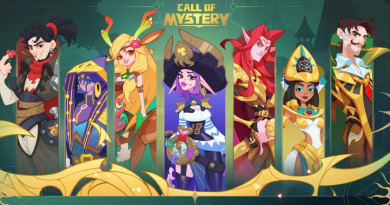 Call of Mystery(Charge of Legends)