All hands prepare for battle!, The engine is on bridge control !,– these commands will give you the creeps, because you are the one who gives these orders to the entire warship. MODERN WARSHIPS: – this is the most realistic game on the theme of sea battles. The game will give you a super-realistic experience of participating in military battles. A lot of real accurate known warships are waiting for your instructions. Controlling all the weapons of your warship, sink the enemies, win the final victory.

With beautiful and realistic graphics, as well as detailed warships, MODERN WARSHIPS will give all lovers of sea battles a realistic experience. Continuously improve your skills, strengthen or pick up the weapons of your ship. Fight alongside players from all over the world, test your strength with sea water and real-time PvP battles.
Shoot at the enemy with missiles, torpedoes, use marine deck aircraft, support helicopters! This is not just a shooter, but a tactical battle on the sea battlefield! Feel like a commander of war ships of our time!

More realism, action and sea salt water than in any other free online PvP game on warships !

DOZENS OF THE BEST SHIPS FROM ALL OVER THE WORLD
Fight online PvP and pump up real warships. Full realism-all the ships are made according to the drawings of existing ships of different fleets of the world in compliance with their combat characteristics.

TACTICAL SUPERIORITY
Choose the warship that best suits your style of PvP battle. A heavy aircraft carrier, or the largest nuclear-powered missile cruiser-all these ships will be under your control.

WEAPON OF OUR TIME
Use all the weapons of the warship-torpedoes, missiles, machine guns, bomb throwers and the latest technology to perform combat tasks of the Navy.

LARGE BASE OF WEAPONS AND IMPROVEMENTS
Improve the combat characteristics of warships, equipment, and weapons. Develop ships and their capabilities with upgrades and improvements. Customize your weapons to your liking

COMBAT CAPABILITIES OF THE WORLD’S BEST FLEETS
Use the ships ‘ abilities for tactical advantage. Use aircraft for lightning strikes on the enemy, or long-range missiles to stay out of reach of the enemy. Or destroy the enemy closely using the maneuverability and driving qualities of the ship.

DEVELOP AND IMPROVE YOUR FLEET
Modernization of ships and weapons has an important role in achieving victory in naval battles.

DESTROY THE ENEMY WITH ALL AVAILABLE WEAPONS
The fleet that destroyed the enemy fleet wins. In Alliance with the team, don’t let the enemy win the sea battle. Capture the entire ocean! 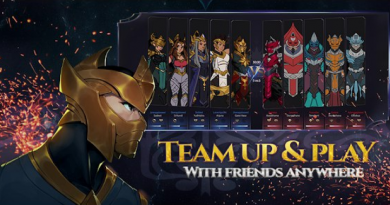