You can easily enjoy a nostalgic new top quality new 3D fighting action RPG that condenses the interesting elements of a full-scale fighting game on your smartphone!

Easy operation and exhilarating battle
With simple operations such as tapping and flicking, you can enjoy the battle action unique to a profound fighting RPG.
Up to 4 characters can be organized, including support.
Swap the organized characters at any time to connect combos and overwhelm the enemy!
A chance to do a lot of damage if the enemy staggers due to the accumulation of attacks. Let’s fold it all at once!

In addition, each character has a unique special move that combines a flashy production.
There are many variations depending on the character, such as attack, defense, recovery, and support.
Let’s use it properly as needed.

High quality 3DCG
The beautifully colored art of “mythical world by” original interpretation “” is completely reproduced with the latest 3DCG.
Please enjoy the many stylish productions of the gorgeous characters in the battle background that shows various expressions! 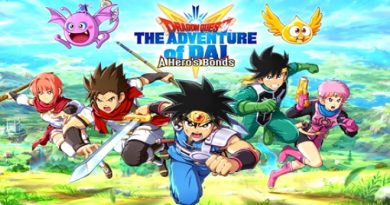 DRAGON QUEST The Adventure of Dai: A Hero’s Bonds