We arrived Unity, a planet embroiled in all-out war. Develop defenses, forge alliances, defeat enemies, and stay sustainable! Summon your skills in strategy, combat, diplomacy and leadership to master the dangerous universe of Rise of Warfare.

Will you explore the new planet as a frontier? Or seek to conquer everything you find? Will you command legendary heroes and lead epic wars? Or dedicate yourself to building a strong military base? It will be up to you! Explore a new, immersive story in the Unity world, seek out new life now!

DEVELOP YOUR CITY
Build, upgrade and defend your city. Appoint heroes to boost the city development, manage your Main City and Satellite City wisely to maximum your strategy.

REAL-TIME BATTLES
Experience fierce battle with players all over the world. Battles happen in real-time on the map, with unrestricted troop movements, new command can be issued to formations at any time. Tired of attacking only the stationary towns? Intercept your enemies on their way and lead your armies to victory!

MASTER THE WAR STRATEGY
Costume your formation with five types of units: Chargers, Enforcers, Specters, Bombers, and Hammers. Battles are no longer matches of numbers. Deploying the units right allows you to win over enemies far stronger than you! Strategy lives here.

EXPAND TERRITORY
Seize lands on the world map and expand your territory! Conquer the Pass with your alliance and control the critical strategic location. Build up to 8 different types of constructions on the world map, increase your economy and military strength!

FORGE ALLIANCE
Become the leader or member of a mighty Alliance to conquer the planet. Work with your friends, claim territories and conquer NPC cities that you can never deal with on your own. Does someone provoke you? Ally with your alliance, lay a siege on him, crush whoever gets in your way. United we stand. Together we stay.

ARMORS AND WEAPONS
You can forge legendary items to improve your war strategy. Upgrade Arsenal and Vehicle Factory to unlock new items. Strengthen your hero and formations to win the conflicts by equipping your heroes. Be the rising new power from now on! 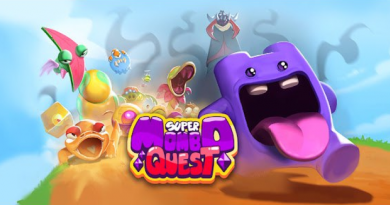