The description of Super Glitch Dash

Crack your knuckles and take a deep breath because the ultimate twitch runner has arrived. That’s right—we’re talking about the long-awaited sequel to the amaze-fest Apple awarded Game of the Day and called “an atmospheric ride through trippy landscapes.” And you betcha—it’s also the follow-up to the nonstop thrill ride that Google gave an Editors’ Choice.

It’s called Super Glitch Dash for a reason, people: because it’s really, really super. It takes everything you loved about the acclaimed original and cranks up the volume to eleven.

Immerse yourself in jaw-dropping next-generation visuals that pulsate to the beat of the rhythm-driven gameplay. Feel the rush of your reflexes as you swipe your way past axes, hammers, lasers, meat grinders and spikes while trying to navigate the insane obstacle courses that comprise each stage. Grind rails, flip upside down, and scream into all-new indoor environments as the rollercoaster-like worlds unfold before your very eyes.

Features
• Simple controls, swipe to move
• Spectacular twitch gameplay with unpredictable courses that zoom past you in the first-person
• Incredible cutting-edge graphics take full advantage of powerful devices
• Epic beat driven gameplay thumps to a grooving soundtrack
• Make a Perfect Run and grab every collectible for the ultimate bragging rights 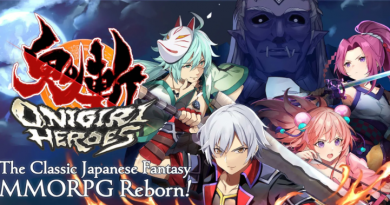