The description of The Healing (by SponsorAds GmbH & Co.KG)

Out of the blue you will be met by Dr. Added Crow, an ominous person dressed as a plague doctor, to a chat group. For some inexplicable reason, you can no longer leave the group. You quickly realize that you are not alone … there are 7 other unsuspecting people in the group!

You have to ask yourself the all-important question … what did Dr. Crow with you guys before? And why exactly was YOU chosen?

EXPERIENCE THE INTERACTIVE HORROR-THRILLER STORY OF “THE HEALING”

You will be added to a mysterious group chat with 7 other people you don’t know. While you are wondering what the group is all about, an ominous stranger in a plague doctor mask suddenly answers!

But while you don’t take the event seriously, the real psychological terror suddenly begins! Creepy dolls and symbols appear in your home. You get shocking video calls and mysterious clues.

It quickly becomes clear: the plague doctor has nothing good in mind! And there has to be a reason why exactly you 8 were selected.

When a mysterious hacker contacts you and tells you that his girlfriend was kidnapped by the plague doctor, you finally realize how serious the situation is!

A nerve-wracking game of life and death begins!

What dark secret binds the group members together?
Who is behind the plague doctor mask?
And who is not who he pretends to be?

Now it’s up to you! Solve puzzles, follow clues and clues, this is the only way to stop the evil!

YOU CHOOSE CHAT NEWS AND INFLUENCE THE HISTORY!

“The Healing” is YOUR story. The story is influenced by YOUR name, YOUR gender and YOUR orientation.

Your decisions affect the course and the end of the interactive horror thriller crime story.

YOU alone decide how the story and your relationships with the various characters develop.

It’s up to you to collect clues, solve quests and stop the plague doctor. Only you can find out who is behind the mask!
But be careful, because you can’t trust everyone …

THE INTERACTIVE GAME OF “THE HEALING”

“The Healing” is like a nerve-wracking roller coaster ride full of mysterious clues, interactive puzzles and creepy effects.
You receive and send chat messages that directly influence the course of this interactive horror game.

“THE HEALING” APPEARS IN EPISODES

“The Healing” will be released in episodes, so while you are playing we are already working on the continuation of the story. 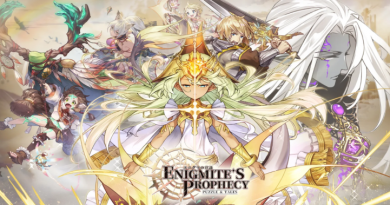