The description of Three Kingdoms: Warfare (by TTHmobi 4399TH)

Thousands of players develop their territory on a sandbox map. Capture, unite, and fight. How will you rewrite the Three Kingdoms history?
When you have unlocked hundreds of Captains, hundreds of Skills, and hundreds of Classes, how will you build the greatest compositions and lineups?
On a realistic battleground consisting of millions of tiles and grids, how will you unite allies, bond with comrades, and make friends of a lifetime.
In a world where our lives are getting more and more fragmented, how will you get the most satisfying gaming experience out of your tight schedule?

Everything you are looking for is here!

A Realistic Large-Scale Battleground Reimagined
Three Kingdoms: Warfare realistically reimagines the battlegrounds in ancient times. Sandbox maps that extend for millions of tiles and grids are waiting for you to conquer. From capital cities as big as LuoYang to remote small commanderies. From east to west, explore the open sea and the mysterious inland areas. Epic battles break out at The Red Cliff and the Central Plains. All the fun of the Three Kingdoms world is waiting for you to discover!

The Legends in Fast-Paced Monthly Seasons
Players will start from scratch as a commoner to develop their strength step by step. In seasons that each lasts a month, players must attack resource tiles of different types and levels to collect resources, distribute resources, construct buildings, capture key locations, expand territory, gain power, and eventually conquer the world and become an emperor! If you fail to achieve world domination, don’t worry. Three Kingdoms: Warfare offers fast-paced monthly seasons to always allow every player another chance to take the throne! This mechanic also makes it fun and intense for the defending champion player!

Countless Builds and Combinations
In a world of chaos, you will need talented combatants to help you stand out. Hundreds of unique Captains with awesome arts are waiting for you to recruit in Three Kingdoms: Warfare. Additionally, you will have numerous Skills to put in your loadout, including Sweep a Thousand, Three Wins in a Row, Charge for the Rescue, Mysterious Escape Technique, and One Man Army. Create a tactical lineup that is perfect and unstoppable! Three Kingdoms: Warfare also has various Classes for players to choose from and take advantage by using the strength of a Class against other specific Classes so that you can outplay your opponent even in an outnumbered situation!

Hundreds of Players Duking It Out
In this chaotic world, players can join Alliances that have hundreds of members. Fight alongside like-minded friends or comrades, eventually taking the imperial capital and conquering the lands. Other than taking enemies head-on, players may also resort to diplomacy to outsmart opponents. Unite different factions and form an alliance to clash against groups of enemies in the epic, super large-scale Legion Campaign!

Play Three Kingdoms For Free
Most importantly, Three Kingdoms: Warfare isn’t a pay-to-win game. We don’t sell items that give a player an advantage over other players. We offer numerous rewards and in-game goodies for free, from Captains and Skills to Gold and Jade! This is to ensure a fair, competitive, and tactical gaming experience for all of our players! To rewrite the Three Kingdoms history, you will need ambition and wisdom! 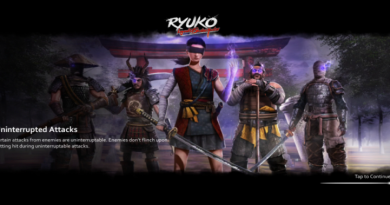