The description of ZIO and the Magic Scrolls (by Super Planet)

Magic Scrolls that allows even ordinary humans to use magic!
With only the magic scrolls created by Zio, you too can become the world’s strongest wizard!

The war between Mages and Warlocks over the wizarding land ‘Aerok’…
‘Zio’ succeeds in sealing the strongest warlock, but
He loses most of his magic power, leaving only the ability to craft magic scrolls.

The peace is short-lived as those who want to resurrect the warlock appear.
Gods, demons, and even dragons begin to intervene…

Do some strategic choices, Become a Magic Scroll Master!
– Only 3 magic scrolls can be used in battle!
– Collect and enhance 18 magic scrolls with various abilities from magic to black magic!
– You need mana to use magic scrolls, and each magic scroll requires different mana.

The story of an ordinary but extraordinary ‘Zio’
– Formerly an archmage, now an ordinary scroll merchant! What is Zio’s true identity?
– Explore the world map in 4 chapters and 22 episodes and enjoy the vast world view and exciting story.
– Meet the hidden episodes of the heroes with cartoon-like vivid stories.

From Archmages to Warlocks and Demons! All heroes have assembled!
– Easier and faster to level up all heroes! ‘Teamwork’ and ‘Break the limit’!
– Heroes who do not participate in the battle will acquire additional combat power by registering as a supporter!
– You can get additional abilities by completing the Hero Collection.

If you come to the Kingdom of Aerok, the rewards are abundant and the fun is certain!
– Stop by the scroll shop ‘Manadonna’ where you can craft and enhance scrolls.
– In ‘Lucas’ Lab’, you can conduct various studies that can make you stronger.
– Open a ‘Magic Guild’ with your friends to conduct magic research and communicate!
– Many adventures await you, such as dungeons that change every day, the Mage’s Tower where you can test your limits, and the Duel Circle. 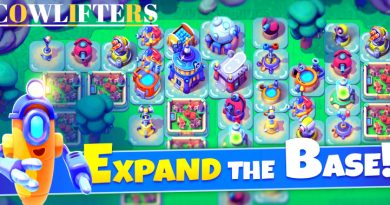