The description of Empire Rage (by Patrick Er)

The four major civilizations have gathered in the nine states across the continent. The situation is ever-changing, and chaos is brewing. What does the future hold for the Empire?
Choose from hundreds of legendary heroes, five major troop types, and myriad skills.
In the fight to rule over Westeria, the heroes’ eyes are on Eternia. Who will emerge victorious?
Welcome to the multi-civilization strategy game, Empire Rage. Put your wits to the test and build a legendary empire!

In this war-torn world, you’ll begin as the governor of a city. You’ll recruit troops, expand your territory, develop agriculture and businesses, and manage the city’s internal affairs. However, there’s constant conflict over land and resources. To survive, you must devise your own plans and carefully strategize your heroes, lineups, and troop types to counter your enemies and emerge victorious. You’ll also need to strengthen your alliances and expand your sphere of influence.
Here, everyone is equal. Here, strategy and diplomacy reign supreme. Join now to experience a game where you can strategize freely. Your fate lies in your hands.

Select your Civilization
Four Civilizations: Empire, Imperial, Pastoral, and Eastern. Every civilization has its own merits and unique bonuses, providing you with different game experiences.

Command Legendary Heroes
Recruit hundreds of Heroes from the various civilizations. There are special bonds between Heroes, and changing your hero lineup can bring about surprisingly different results. Plan your Hero lineup and take advantage of troop type counters to form an invincible army.

Explore Realistic Terrains
The realistic terrains offer an immersive battle experience. Capture territories like valleys, piers, and other dangerous terrains to cut off your enemies’ routes. The climate in the game is always changing, adding to the unpredictability of battles!

Massive multi-player battles
Join a guild with up to 300 members! Get the real war experience when you battle with your guild against thousands of other players!

Capture Territories
Expand your territory and sphere of influence by capturing more land! There are a total of thirty cities that can be contested. Capture them to establish your power!

Diverse gameplay
Want to focus on farming? Want to chat? Want to battle? Empire Rage meets all your needs! You can choose to lead your army and charge into enemy territory, build barriers to defend against enemies, wait for the perfect time to take action as a reserve, or specialize in diplomacy to win your enemies’ guildmates over to your side! Regardless of how you choose to play, you’ll be an invaluable asset to your guild! 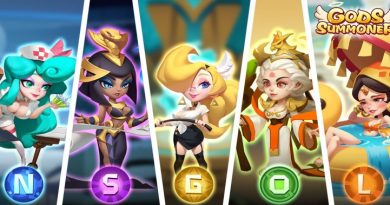