A brand-new fantasy RPG set in a world of ancient legends and roguelike dungeons!
Assemble your party with 100+ anime-style characters to choose from, and fight turn-based battles with amazing 2D animations!

You are a young citizen of the Tianguo Empire, which is at the center of the world called Keystone, and you have a special, innate talent. You are a Guide, one who can open the many portals found on this plane of existence. Each portal leads to a different world. A catastrophe interrupts your carefree youth, and you are forced to face dangers previously unimaginable. You have no weapon, no guild, and no crown on your head… but you do have two things that cannot be gained through mastering sword art or even the darkest sorcery: the ability to open gates between worlds, and a pure soul. Your legendary saga is about to begin!

UNIQUE NEW BATTLE MECHANICS.RNG is never a factor—only your actions decide the outcome. You’ll learn the basics in a matter of minutes, but how long will it take you to become a master Guide?

TEAM TACTICSEach hero has their own original skills that will help you on the road to victory. Who will you choose for your party? Choosing the right fighters is extremely important, just like in the best CCG and CRPG games!

DUNGEONS AND LABYRINTHSWe’re busting the myth that it’s impossible to create a true roguelike experience on mobile! We have a “gift royale” for every enthusiastic dungeon hunter: real, in-depth level exploration featuring chests, traps, and secret rooms. No hide and seek here—each cave, tower, and labyrinth is a dnd style dungeon!

OVER 100 CHARACTERS. Warrior, rogue, or wizard—who will fit best in your party? A whole legion of allies awaits you in Final Dungeon! Collect shards on adventures or get them through gacha, evolve your favorite character and learn their story!

FAMILIARS. Each character has a familiar that brings out their skills. Your familiar just might be your trump card on the path to victory!

AN EPIC STORYLINE. Walk the path of a young Guide, act in defense of your loved ones, prevent a cosmic eclipse, and keep the universe from vanishing into oblivion. Write your own chronicles and strike the fortress of evil with all your might! Hours of action-packed plot in the style of the best anime and jrpg games will keep you enthralled from beginning to end.
PVP. Rush into the arena and compete against players from all over the world! What league can you reach?

Who will you choose as your ally in this medieval world: a knight, a pirate, a witcher, a hunter, an assassin—or maybe even a dark demon?! What will your next story be about: the darkest dungeon of a past age, the ruins of an elder kingdom, fairy tales of lands beyond the edge of the world, or an evil king’s castle?

Become the scourge of the seven seas and the sky itself! Fight multiple hordes of monsters, rest in the shadow of Yggdrasil, and reach the final frontier of the galaxy! Meet dragons, gods, and the king of Avalon himself!

Rise up against Evil’s siege, raise an army, and use all your force to lead a crusade and clash with Chaos! They say a journey brings people together, so perhaps on yours you will even find true romance… 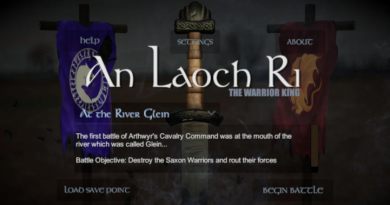